COVID-19 – Why Aren’t We Bolstering Immune Defense with Nutrition? 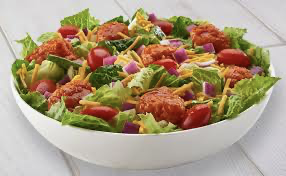 The public health community understood the gravity of COVID-19 as a threat long before the political leaders and the general populace did for one simple reason: they knew we weren’t prepared for a virus with this combination of lethality and the ability to spread before you knew you had it.

They were right. As far as preventing the spread of the virus went, all we had was handwashing and the blunt instrument of social distancing and social isolation. Or did we?

Since the CDC first released its COVID-19 guidelines, I’ve been ruminating on why, with over 1.6 million articles on Pubmed (a global database of medical research) dealing with immunomodulation, is there no advice from the CDC on bolstering the immune system? Current data suggests that over 80% of those who get COVID-19 will get a mild case and recover in 4-5 days. This suggests that the immune system of most people can fight off the virus. Could we not use immunomodulation to move the needle so more people don’t get sick at all, and fewer people die and/or need ventilators and critical care?

The simple answer is that there is no double-blind study that proves we can do this. That’s easy and it’s true, but it also ignores a growing body of evidence that shows that we can indeed bolster immune function by addressing nutritional deficits and bolstering antioxidant capacity. This evidence suggests that we should be able to mitigate COVID-19 by bolstering immune function, if only a little. In pandemics, however, a little can mean a whole lot. Boosting our collective immune status constitutes the missing component of our preparation for COVID-19, which is to prepare the populace to be more resistant to the virus (not get it at all) and more resilient if we get it (recover without medical assistance).

The question still remains, why is all this research making so little impact on how we as a global society approach COVID-19? Reading the research give some clues:

Prevention vs Treatment. Nutritional interventions are the proverbial ounce of prevention. Much of the research, however, is on nutritional interventions as treatment for active disease. While there are some success stories where immunonutrition promotes faster recoveries in certain conditions, the evidence is mixed and often considered low quality. A fire extinguisher can put out a grease fire. It’s not much use when the house is engulfed in flames. In that vein, although I do have things I take regularly, my major immune intervention strategies typically come at the very beginning of an illness at the first hint of symptoms. That’s when they’re most effective. Win before the battle begins!

Segmentation. There seem to be three groups working on nutritional research.

These three groups really need to get together because each is onto the broader truth that nutrition affects immune function, but none of them quite have the whole picture and this seems to be holding the broader field back.

We’re not measuring nutritional status and redox status
Presumably, this is because clinical medicine is not yet convinced of the connection between nutrition and immune function and is frankly totally unaware of the role of redox status in immune function. This is a really hard battle to fight in the midst of a pandemic, but I actually think that redox biology holds the key to understanding COVID-19 as a disease. This strain of coronavirus is lethal precisely because of its ability to induce large amounts of oxidative stress and thereby depleting glutathione levels as well as magnesium zinc and selenium levels and a host of other nutrients involved in fighting the infection. The end result is an immune system that is both compromised and unable to prevent viral replication, and thorough dysregulated such that it releases a highly-inflammatory ‘cytokine storm’ that does more damage than good.

1. NRF2 stimulation. There is abundant research showing that the NRF2 pathway is the master regulator of cellular defense and that you can stimulate it with low levels of oxidative stress (also called eustress or hormesis). The key compounds for doing this are polyphenols, nutrients found in plants. Your body has its own antioxidant systems that reduce oxidants and recycle the oxidized forms into reduced forms, ready for more action. The most prominent of these is glutathione and it plays an important active role in immune function, specifically as an inhibitor of viral replication. It also plays immune regulatory functions.

2. Magnesium has long been known to have immunomodulatory functions, but in the last decade, researchers discovered that it regulated cytokine production, reducing the production of pro-inflammatory cytokines. Since oxidative stress depletes magnesium levels, it’s not unreasonable to hypothesize that magnesium deficiency is involved in the cytokine storm that characterizes the critical late stage behavior of COVID-19.

3. Vitamin D3 is tightly related to magnesium, with some researchers believing that low vitamin D3 status is a biomarker for magnesium deficiency. Vitamin D3 also has some of the strongest evidence for inhibition of viral replication, a key strategy for winning the body’s war against this virus. Caveats apply for anyone with sarcoidosis.

4. Zinc has broad acceptance as an immunonutrient and there is strong evidence for it reducing respiratory tract infections.

5. Polyphenols. Mentioned in item 1, polyphenols are typically NRF2 stimulators, but each has its own signature behaviors. The most popular of these include:

6. Amino acids. There are many of these, but immunonutrition has highlighted the importance of L-glutamine and arginine, while N-acetylcysteine has an established reputation as a mucolytic, antimicrobial, and glutathione precursor.

7. Antimicrobials. There has been abundant research into alternatives to pharmaceutical antibiotics which are increasingly under pressure from antibiotic-resistant superbugs. The most interesting of these are:

I have used these compounds as immune boosters for many years, specifically to prevent respiratory infections. While I can’t point you to double-blind clinical trials showing that they work, I can suggest numerous review articles that helped inform my opinions of what should work. Here are a few: 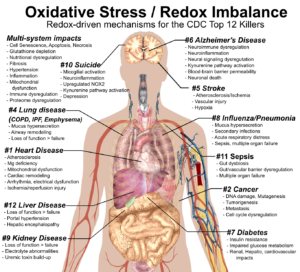 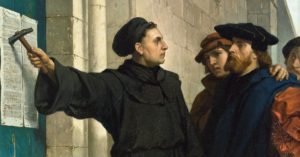 Get Resilient! Delivered To Your Inbox